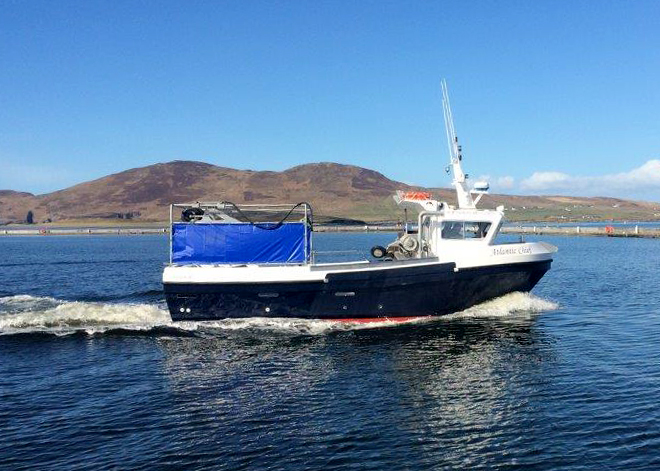 Clements Engineering have been delighted to be one of the key suppliers who have helped the success of Irish boat builders Murphy Marine Services in the last few months. It has been a busy start to the year with 3 new launches at their Co. Kerry yard and Clements Engineering have supplied a full stern gear package to each of the new vessels launched.

The first of these new launches was in December 2014 for a commercial Cyclone 35 FC, which is a bigger version of the popular Cyclone 30 FC and it was supplied with full Seafish Certification for UK fishing vessels. The vessel, ‘Freedom B’, finds the perfect balance between efficiency and power with a FPT Iveco N67 450 derated 370 hp engine.

The second vessel, ‘The Bay Venture’, launched in early January 2015 was the Cygnus GM-32 a 9.9m multi-purpose coastal fishing vessel which will be operated out of Beara, Co. Cork. This vessel is fitted with a Perkins M130C engine and the vessel has been modified extensively to meet the customers’ exact requirements.

Finally a customised Cygnus Cyclone FC30, ‘Atlantic Chief’ has just been launched. This vessel was fitted with a N6.7 125HP Iveco so that maximum space could be utilised on the vessel which will be kept in easy reach of its fishing grounds.

We have had a good long relationship with Murphy Marine Services and it’s great to see them so busy and delighted that they have found our stern gear and propellers offer them the best for their vessels.