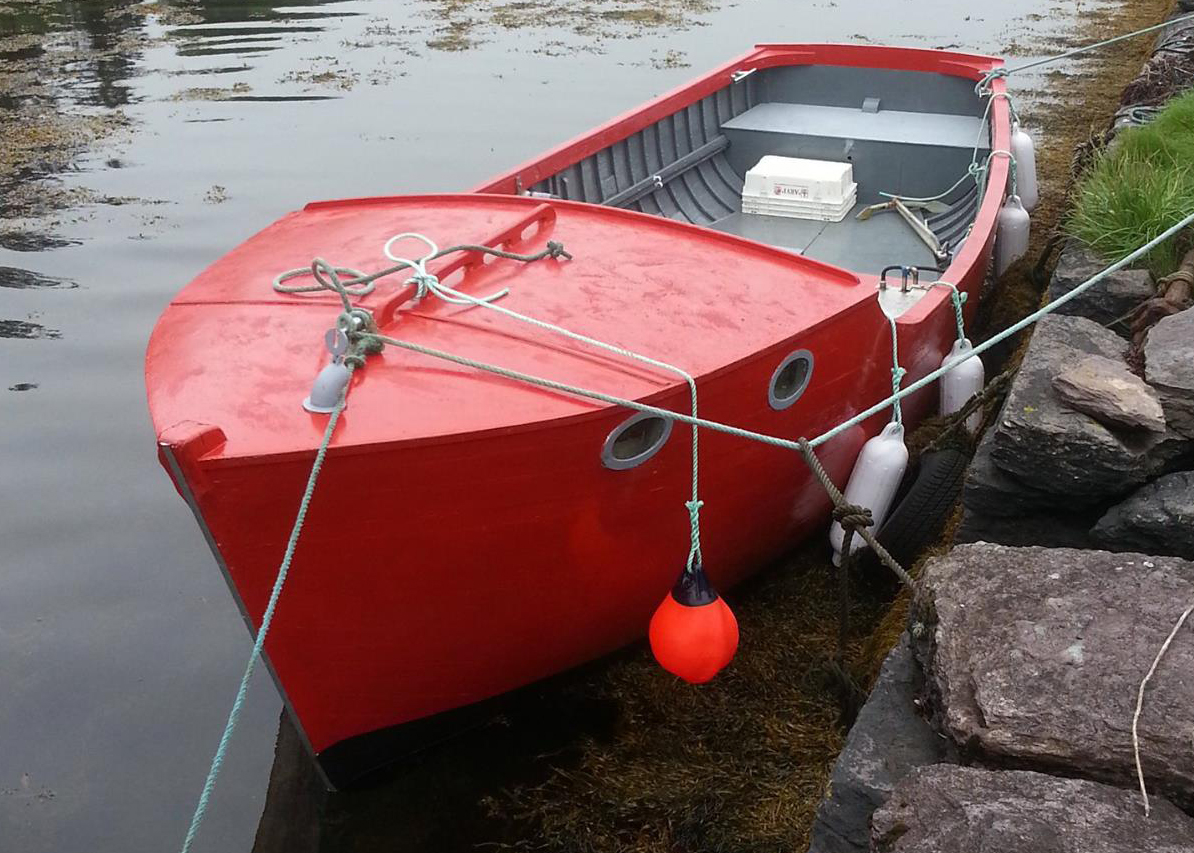 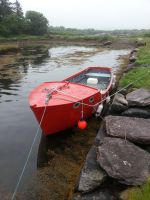 Clements Engineering work with such a wide variety of vessels, no one is ever the same.   We recently provided some product to a restoration project in Ireland.   Kevin Ring, who headed up the restoration has sent us pictures of the completed boat along with a little bit of the history which we are happy to share below.  All at Clements Engineering wish him many happy years sailing on this lovely boat.

The boat was originally built in 1965 in Crosshaven in County Cork, Ireland.  She is 24’ in length, beam 8’ & draught 3’ 6”, with larch planking on oak frames fastened with copper nails.  Propulsion was in the form of a 36HP 4-cylinder BMC Captain diesel engine, a very common engine choice of the time.

Originally named “Alan D” after the person who commissioned her, she was used for fishing in Kerry until the mid-1970s, when she was purchased by my father.  She was then used by our family for in-shore fishing, primarily lobster potting and also mackerel and pollock.  In the early 1990s my father retired fully from fishing and the boat was laid up and left on the bank for the following years.

In 2015 I decided that the boat was in danger of deteriorating beyond the point of no return, and renovations were needed soon.   I engaged the services of a local skilled shipwright (a very hard thing to find these days!) to start the work, and starting research on acquiring the many supplies needed.

The renovations were extensive, and involved replacements of the transom and knees, all oak ribs aft of mid-ships, several larch planks, stringers, gunnel capping and all flooring and covering for the small cabin.  The keel bolts and seacocks were removed and checked, and in some cases replaced.   The old BMC captain engine, long since seized beyond repair, was taken out and replaced with a modern Volvo-Penta 40hp MD2040 3-cylinder diesel engine delivering 40HP.  With this change, it was also decided that it was advisable to replace the existing shaft, to make up the gap to the new gearbox, and this was duly delivered from Clements Engineering.  Finally, extensive scraping and cleaning of all old paint, followed by priming and finishing on all existing and new wood was required.    A few final touches (new bilge pumps, fenders, lines, cleats, an anchor and various safety equipment) and we were ready for launch!

The boat saw the sea again on Friday, 15th of July 2016, over 20 years since she was previously afloat.   Now rechristened the “Aoibhin Alainn” (Irish Gaelic for “little beauty”) a week later we brought her on the 30 mile journey to her home port of Knightstown, Valentia Island, County Kerry