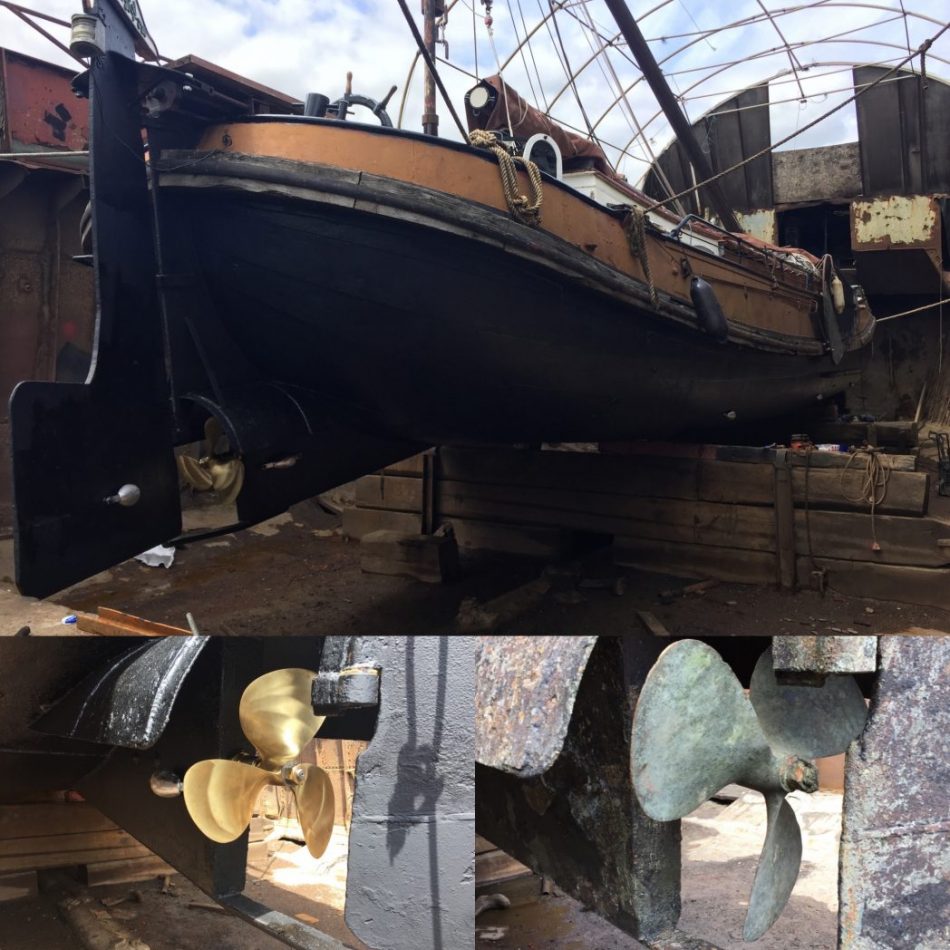 Here at Clements we work with boats old and new – but not often as old as this fantastic barge.

With new stern gear and propeller designed and manufactured by Clements Engineering this vital part of her restoration has been completed.

Rescued from the scrap yard in the 1970’s her current owner, a shipwright, currently working on the rebuild of the Golden Hinde, has been slowly restoring her and returning her to sail as she was laid up for about 20 years with little working having been done to her.

‘Gebroeders’ previous owners had had the old bottom cut out and new floor frames and bottom plate put in her in the late 90s and for a time she was in France before being bought to the UK, where she now has a mooring on the River Lea, cruising the Thames and Medway.

The Owner is hoping to attend the next ‘sail Amsterdam’ and compete in the Swale and Whitstable Harbour Match next year.

The barge was built in 1879 by J.F. Meursing in Amsterdam (registration number; Amsterdam-1052) for Widow Cleijndert, a Grain merchant in Nieuwendam in South Friesland. In The Meursing Yard archives, held in the museum, is a wooden half model of the boat.